December 30, 2016 Gaye Thavisin carvings, dayak culture
The traditional sandungs or second burial houses of Dayak tribes around the Palangka Raya area, are brilliantly coloured, some with fantastic detail and finesse. The fearsome snake eater keeps troublesome spirits away. See them on our mid-week cruises.

Venturing to the Upper Kahayan longhouses 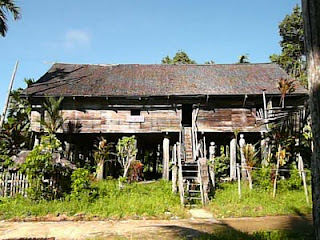 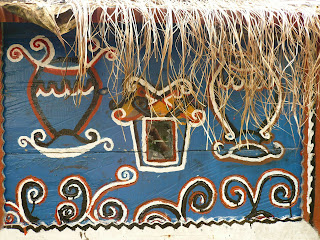 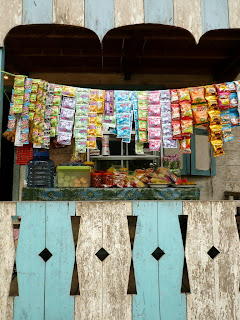 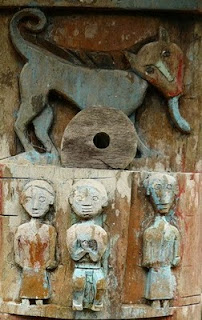 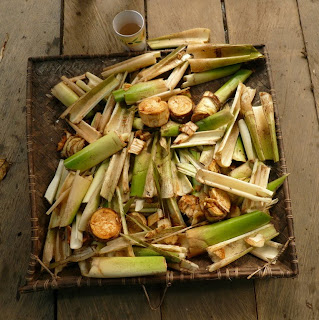 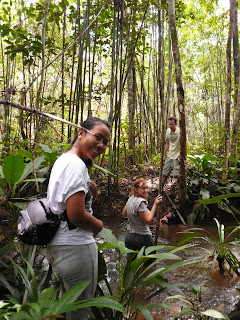 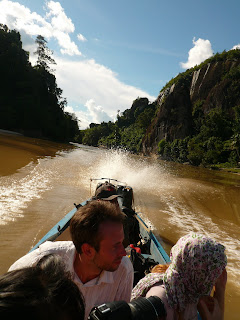 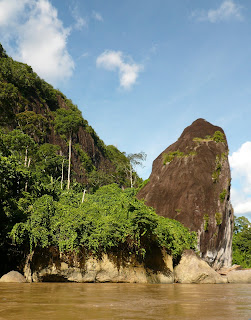 Lebaran holiday in Indonesia, what perfect time for us working here to escape the tiny city of Palangkaraya and head for the ‘real’ Borneo jungle and the old Tumbang Korik longhouse.

Distant and isolated as ever, it takes a combination of bumpy car rides, noisy local ‘klotok’ canoes and sacks full of patience, flat tyres, breakdowns and racing rapids to get there.

Setting off up the Kahayan River from Tumbang Mirih, we turned off on the Hampatung tributary. Stopping en route at a Dayak tiwah ceremony in full swing in a tiny village, we were thrown straight into another world. At Tumbang Korik, we slept in the very longhouse where tribal reps had gathered after walking from all over Borneo to meet 130 years ago to iron out a deal with Dutch missionaries to stop head hunting. We lay on those ancient boards, watching daylight twinkle through the uneven walls, living from dawn to dusk by the river.

Following our parang machete wielding guide, we were swallowed by a tall forest. Stumbling up and down hills, over creeks and marshes, listening to the whir of the great black burung endang or hornbill overhead and the shrill calls of smaller birds, we passed through in the half light.

Our last day was a long klotok ride to another longhouse over on the Kahayan River, a re-construction of the original place of the signing ceremony at Tumbang Anoi – it was considered too dangerous to bring the Dutch visitors up our rock strewn river which was named after the many wrecks littering its course. We still saw lots!

And the finale, we rode the Kahayan River through the narrow gorge near the Dayak holy rock of Batu Suli . Feeling alive but badly sun burnt, we climbed up the steps to our losmen in Tewah. No comparison with the longhouse! 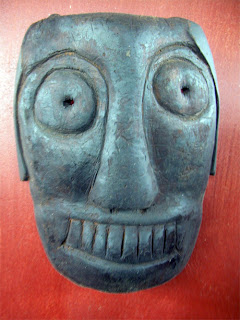 The rainy season is still with us, and while it is my favourite season as it makes the rivers high and the temperature pleasantly fresh, constant rain can make sightseeing a bit of a drag. But, on the other hand, it is a good day for the Museum!

The Palangka Raya Museum Balanga is laid out in such a way that the visitor moves one by one from the artifacts and customs of birth, childhood, and marriage to death. There are carved birthing stools and inclined benches, slings and hammocks for babies and the delicatedly sequined backdrops and clothing for weddings. An intriguing miniature collection of sandung or bonehouses flanked by their attendant carved guardians is next to the rows of gongs and musical instruments that always accompany traditional rituals. A stunning series of tall, weathered carvings stand together in a group around a Kaharingan altar, an integral part of the faith of the indigenous Dayaks. Collections of masks, mandau or swords and highly prized traded procelain pots and vessels make this small collection a fascinating insight to the unique local culture.

Going on the Rungan River in small traditional canoes with film teams and their heavy equipment to watch orangutans, is all in a days work for us at Kalimantan Tourism Development. Arranging the schedules, finding the best Palangkaraya hotel, getting the right permits in advance, and the best transport is only part of the challenge. Central Kalimantan is just opening its doors to tourism, and so each trip is an adventure, like looking at a new world.

Your ticket for the: Indonesian media visit